Megan Fox And MGK Reveal What Their Matching Tattoos Mean

Megan Fox has revealed the reason behind her and Machine Gun Kelly's matching tattoos.

The couple recently inked each other with a special message, 'The darkest fairytale', which they say has a particular significance to them both.

And in an interview with GQ, Fox explained why she and MGK, real name Colson Baker, felt that it was something they wanted to have written permanently across their bodies.

Speaking to the publication, the 35-year-old said that it 'alludes back to one of the first text messages we ever sent each other'.

And both of them took it in turns to ink the message on one another, with MGK having the message tattooed on his hip.

The couple started dating last year, after meeting on the set of Midnight In The Switchgrass.

Speaking previously about his relationship with Fox, MGK told The Howard Stern Show that he fell hard for the actor.

"I did fall in love for the first time. That was my first experience with being open to love and stuff like that. I definitely wasn't set up to believe that that's something that could ever exist."

But it's not just matching tattoos that they share. Oh no.

On Valentine's Day this year, Kelly revealed that he had started wearing a necklace with Fox's blood inside.

The caption read: "I wear your blood around my neck."

At the time, most people were, understandably, at a loss as to why the hell they decided it would be a totally normal thing to do.

But in an interview for the Ellen Show, MGK finally explained what was going on.

He said: "Well, she was actually going out of town to film a movie, and this was really new in our relationship.

"I didn't have a passport either, so she was going out to Bulgaria, and so I was kinda freaking out, like, 'You're gonna leave and I can't even come see you'.

"I mean, some people give a handkerchief to their partner, she gave me her DNA." 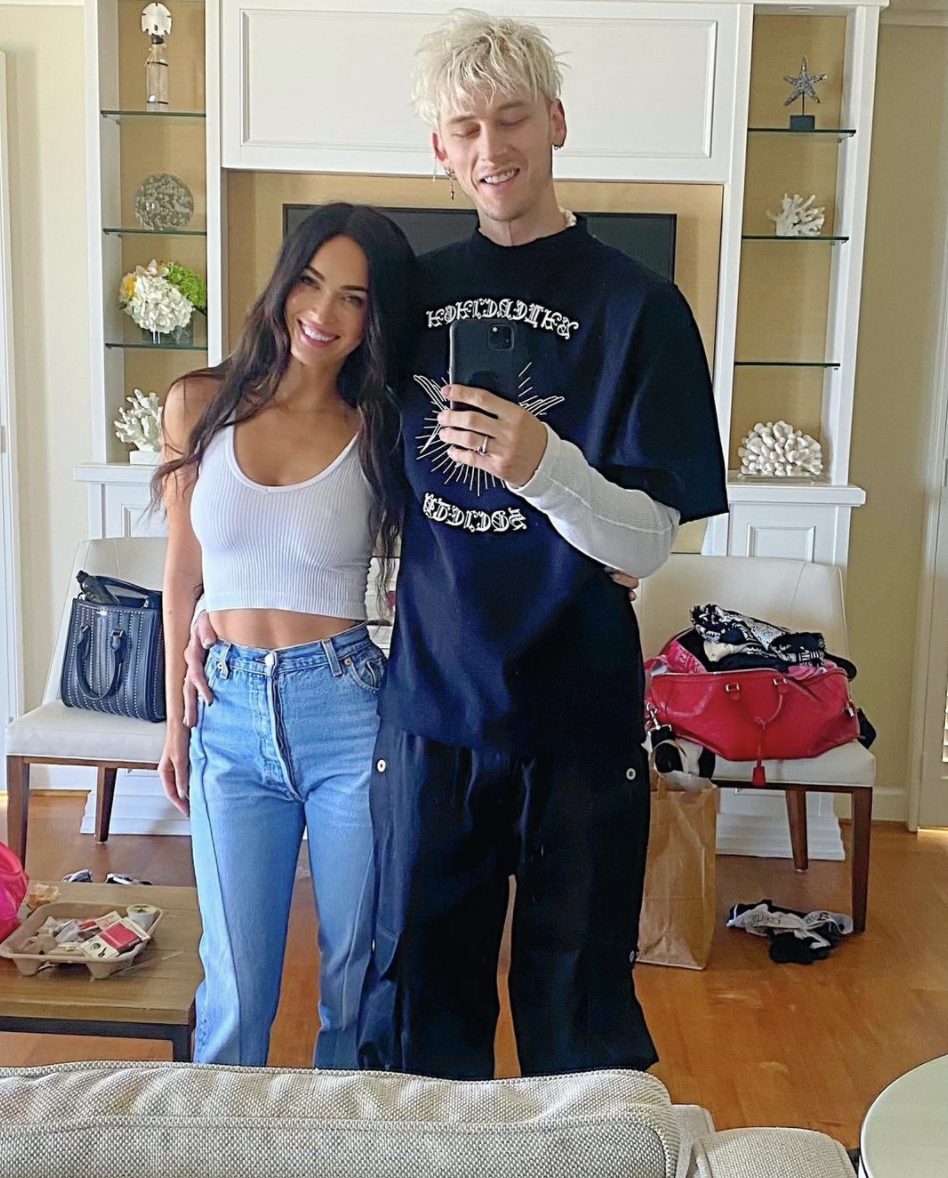 Fortunately, though, Kelly eventually made it out to Bulgaria to be with the Transformers star.

And it was all thanks to former US presidential candidate Bernie Sanders.

Kelly went on: "You know who helped me get a passport? Bernie Sanders.

"I haven't even talked to him since this happened. Thank you to the Bernie Sanders team for that.

"I made it to Bulgaria and the relationship's going strong, so thank you so much."