Could Paul Gascoigne Be Going On I’m A Celebrity...Get Me Out Of Here 2021?

I'm A Celebrity... Get Me Out Of Here! might seem a while away, but the cast rumours are already flying around.

Tommy Fury, Jade Thirlwall and Piers Morgan are among the names being associated with this year's show, which ITV bosses have confirmed will be filmed in Australia this November.

Love Island's Finley Tapp has also been asked about appearing in the Aussie jungle.

Football legend, Paul Gascoigne, has now said that going on the Italian version of I'm A Celeb was "like therapy" and he would be up for going on the UK show.

Paul, 53, appeared on L'Isola dei Famosi, which is considered the Italian version of the UK's hit reality TV show, in April.

But the celeb had to cut his stint in L'Isola dei Famosi after one of the TV challenges caused him a dislocated shoulder and he had to be airlifted to hospital.

The challenge involved carrying a ball through a ditch and then wading underneath a cargo net, before climbing a platform to score a basketball hoop to win a meal.

Gazza tried to return to the jungle after a short stay in hospital, but the pain got too much.

Compared to the Italian version of I'm A Celeb, Paul told OK! magazine that three weeks in the Aussie jungle "would be a breeze."

Reflecting on his time in the Italian show, Paul said: "It [L'Isola dei Famosi] was in Honduras and it was tough. The first few days were really tough, but then you get used to it. It was hard - no cigarettes, no coffee, no food. It was a challenge for all of us, but we just had to get on with it."

"We had to hunt for our own food - though it felt like there was no food to hunt! You were given a little fishing line and I caught a barracuda, so that was OK."

Last year's I'm A Celeb just wasn't the same being filmed in a castle in Wales.

Since the launch of the series in 2002, the show has always been filmed in New South Wales in Australia and celebrities have camped out at Springbrook National Park near Murwillumbah. 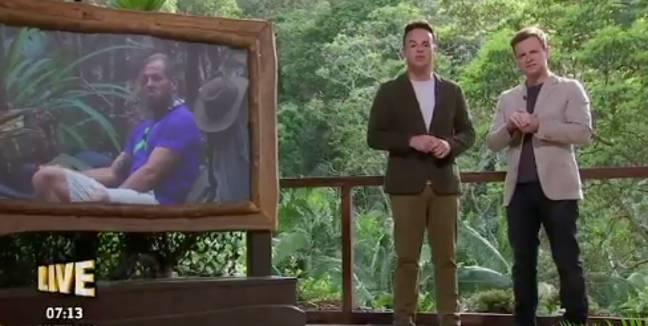 And and Dec presenting I'm A Celebrity 2019 in Australia (Credit: Twitter/imacelebrity)

And and Dec presenting I'm A Celebrity 2019 in Australia (Credit: Twitter/imacelebrity)

But according to The Sun, ITV bosses said the launch of the 2020 I'm A Celeb series in Wales saw a record-breaking number of viewers and that they're considering alternating the series between Gwrych Castle in Wales and Springbrook National Park in Aus.

That would mean that, all being well with the easing of COVID-19 restrictions, the show will be filmed in Australia this year. 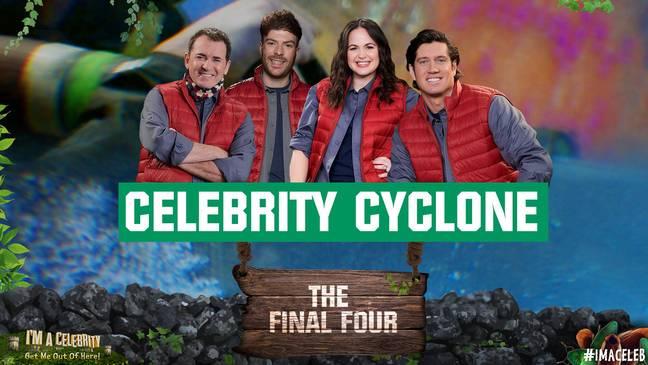 Celebrity Cyclone is always the highlight of the series (Credit: Twitter/imacelebrity)

Celebrity Cyclone is always the highlight of the series (Credit: Twitter/imacelebrity)

Woman Has Lived In Same House For 104 Years