Did You Know There Were Coral Reefs In Ireland?

a day ago
Advert
10
News

Mum Makes Kids Sign Contracts Agreeing To Clean Up After Themselves

A mum has devised a novel way to make sure that her kids keep up with the things they're supposed to do around the house. She has agreed a contract with each of her three children that lays out in black and white the standards they're expected to adhere to at home.

What's more, if any of her kids falls short, they are either fined £5 or have their mobile phone confiscated for days at a time.

Katrina Neathey has spent years of her life clearing up after her kids, 19-year-old Hayden, 18-year-old Joshua and 13-year-old Olivia.

So, when she finally became fed up with chasing around after them to clear up the mess, she decided to impose a set of rules on them that have real consequences.

To be fair, most of the rules are pretty simple stuff like putting washing away, emptying the dishwasher or not having make-up or food in the bedroom.

But, if the older two break the rules, they're fined £5. If her younger daughter drops the ball, she has her phone taken off her.

Katrina explained: "They'd hide dirty clothes or plates at the back of their wardrobe. I've found milk bottles left to go off.

"The worst was a used chopping board."

Man Shocked After Finding Huge Argos Sign Outside His House

Police Officer Contracts Covid-19 After Being Spat On By Suspect

Mum Shares Photos Of Her Dogs Camouflaged Into Her Velvet Sofa

Liverpool Fan Volunteers To Help Clean Up Following The Celebrations

The rules came into force after she discovered a load of dirt on her £2,000 ($2,600) carpet. That's when the ten-point contracts were brought into force.

Katrina, who owns a cleaning firm in Horsham, reckons her sanctions are 'harsh but fair', but adds she's only had to take £20 ($26) off the kids so far.

She continued: "The boys will notice when £5 has gone out their pocket.

"It's making my life so much easier. I don't have to nag, which is great for everyone." 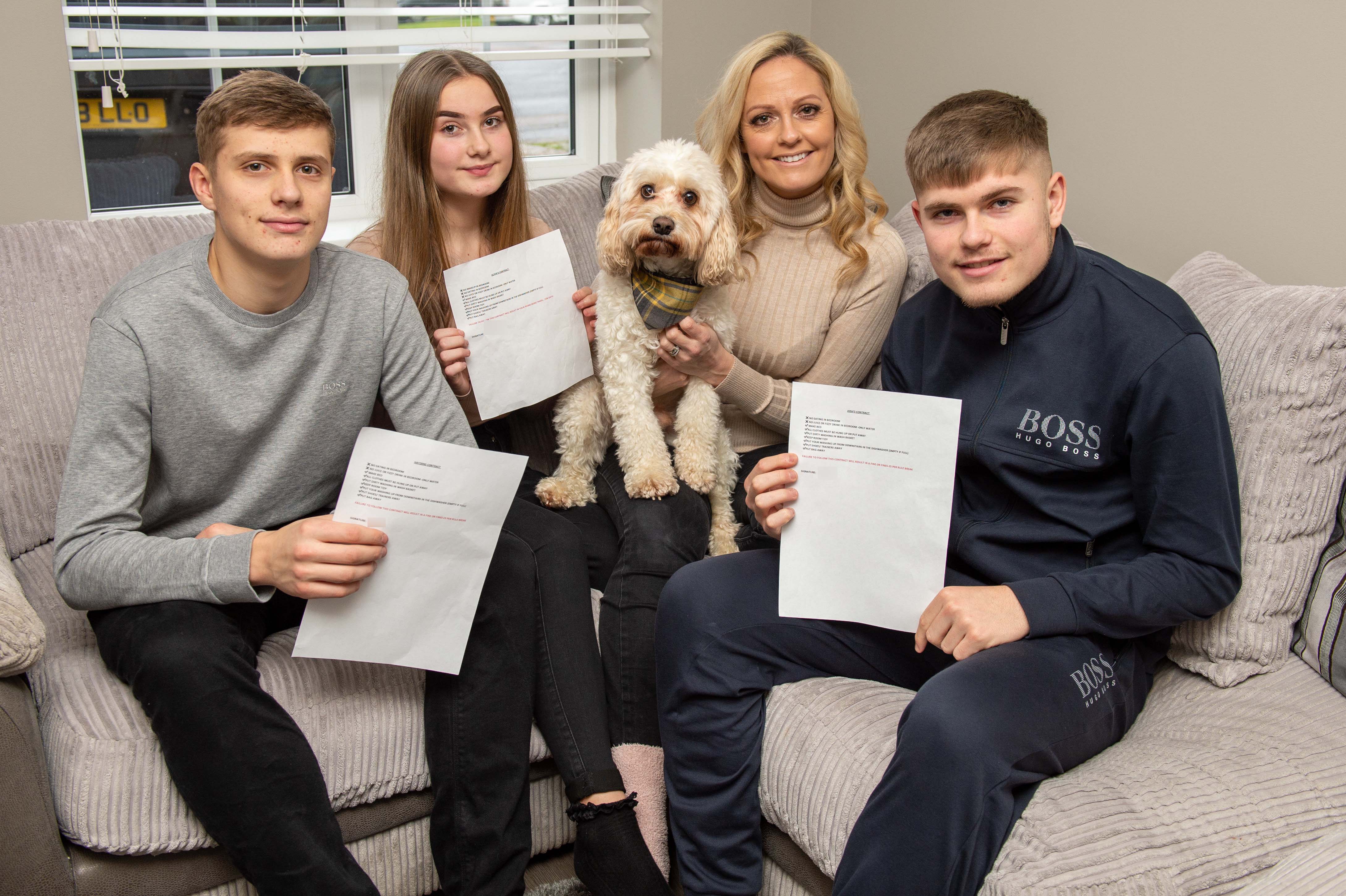 Aside from that, there is a specific rule regarding 13-year-old Olivia's make-up, and if she is found to have it in the bedroom, her phone gets taken away from her.

To be fair, the list isn't exactly difficult, and if it teaches them the value of cleaning up after themselves, surely it has to be a good thing, right?

LADs On Night Out Who Became Viral Meme Sensation Speak Out

Lockdown Could Be ‘Phased Out’ From March With Return To Tiers

All Travel Corridors To The UK Will Close On Monday

Tom Wood is a LADbible journalist and Twin Peaks enthusiast. Despite having a career in football cut short by a chronic lack of talent, he managed to obtain degrees from both the University of London and Salford. According to his French teacher, at the weekends he mostly likes to play football and go to the park with his brother. Contact Tom on [email protected]