7 Of The Freakiest 'UFO Sightings' On Google Maps

Google Maps users have been going mad for weird and unexplained UFO sightings on Street View.

It's after a 'mystery UFO' was spotted in death valley by one Google Maps user.

So we've compiled a list of some of the freakiest and most convincing unidentified flying objects spotted on Google Maps.

Users can see a 340-foot teardrop shaped crater near Lone Pine Unified School District in Death Valley, California. Alongside it is an abandoned boat, and a few miles away, a crashed plane.

Have a look at the screenshots below. The tear-dropped shape is a dark blue and green colour, almost like a lake. 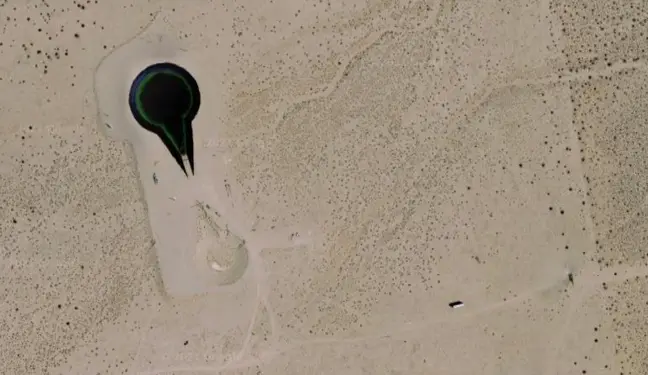 "Also about 1.35 miles away, what's going on here with this random mound?"

After further investigation, CryptoTonight found out it was a lake.

People were left baffled by a Google Maps image showing houses that appear to be glowing, with some branding it proof of 'alien lasers'.

The picture was uploaded to Reddit by u/xmaxer who said that it was taken from an island off the coast of Ireland.

The original post reads: "I found these houses which are very brightly lit (You can see other house in contrast are normal).

"Anyone have any ideas what this is or why this is glowing?" 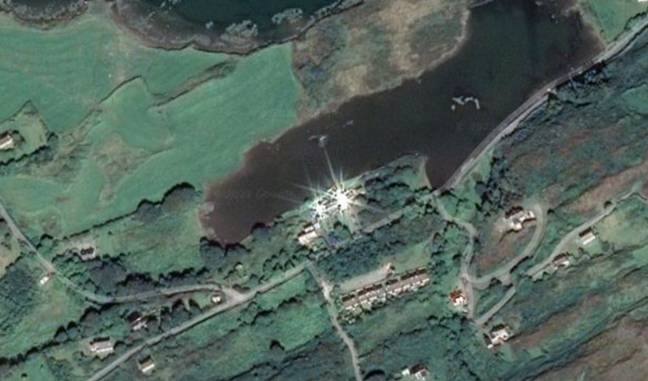 People took to the comments section to offer up their theories on what could be going on, the best (and most far fetched) coming from user DoremusMustard.

One user posted to Reddit asking: "military testing?" when they spotted these glowing objects, which look a bit like boats.

There's something quite eerie about the yellow hue of the glow from them.

Woody Island is in the middle of the South China sea, somewhere between Vietnam and the Philippines.

If you zoom in though, it's clear that these are boats and it could be a heat imaging camera which has made them appear bright yellow. I guess we'll never know for sure.

This was spotted by a user on the site Weird Google Maps. And there's no doubt in people's minds that this is neither a bird or a plane.

The round metal disk-like object can be sighted in Sterkfontein DMA, South Africa.

Weird right? It is in the middle of nowhere, but we're sure we'd have heard if this was an alien spaceship. Maybe the fictional world of Wakanda from the Marvel franchise is a real place and this is the entrance to it? But then again, probably not.

5) 'UFO' base entrance in Antartica

Now this looks a bit big to be dug out by a polar bear, too eerie to be the entrance to Santa's grotto - so what is it?

Weird Google Maps thinks it could be an entrance to a UFO base, which would mean we have aliens living among us.... Creepy!

Yeah... we hate to disappoint, but this is probably just a cave.

Now this next Google Maps image of a so-called UFO is so clear, it can't possibly be right?

But actually, unless this is a hotel for aliens, then it's actually just a hotel. If you click on the said UFO on Google Maps, you'll get some information about the Tiago ozn hotel in Moșnița Nouă, Romania.

Still, at first glance, it had us fooled.

7) Have aliens come back to claim the pyramids in Egypt?

A Twitter user going by the username @NlpPower alerted us to this one.

On Google Street View at the Giza Pyramids site in Egypt, a black unidentifiable object can be seen hovering over one of the pyramids.

@NlpPower wrote: "I was looking at the Pyramids of Giza on Google Earth when I came across something strange above one of the small Pyramids, too big to be a drone from the distance and the shape has no wings, is oval and UFO looking, what do you think?"

Is it a bird? Is it a plane? Or is it just a glitch in Google Maps? Our bets are on the latter.

Ghislaine Maxwell's Lawyers Have Filed For A Retrial